Join Date: Jul 2019
Location: Missouri
Posts: 122
Mentioned: 7 Post(s)
Tagged: 0 Thread(s)
Quoted: 30 Post(s)
(Thread Starter)
Power outlet beneath seat?
For some reason I thought I read where there was a power outlet beneath the seat. Is there? I cant find it. 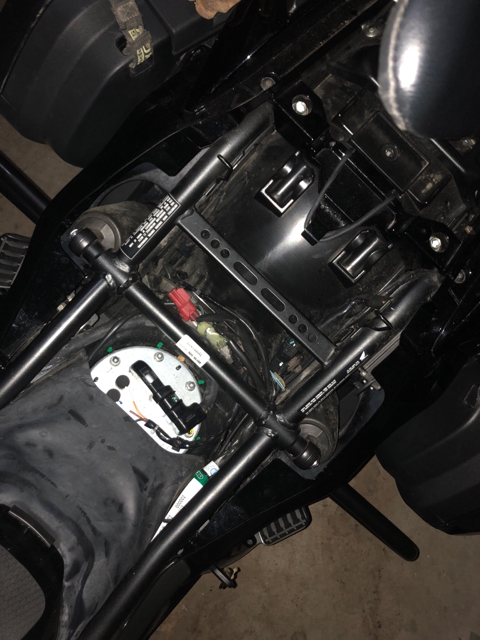 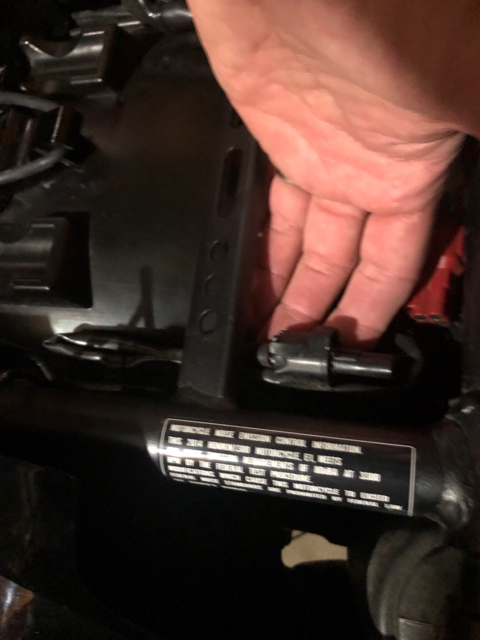 Oh, ok. I need to buy the 12v outlet from Honda? Is the 12v outlet like a cigarette lighter? Just trying to figure out a way to keep the iPhone charged while traveling.
Leaving for Idaho in about 3.5 hrs. Guess Ill go without this plug.
Thanks for the info

Join Date: Oct 2017
Location: Rogers,Arkansas in the Northwest Corner of the State
Posts: 68
Mentioned: 4 Post(s)
Tagged: 0 Thread(s)
Quoted: 20 Post(s)
Garage
If you have the deluxe model there is a usb connection inside the useless little storage panels in the fairing. If sitting on the bike it would be the right side. I found a flat cable and ran a connection to the phone mount I have. Works well and keeps the phone charged up while im playing pandora.
MoPops likes this.
Randall Fralin is online now
Quote
post #6 of 24 Old 08-12-2019, 07:37 PM Thread Starter
MoPops
Senior Member

Join Date: Jul 2019
Location: Missouri
Posts: 122
Mentioned: 7 Post(s)
Tagged: 0 Thread(s)
Quoted: 30 Post(s)
(Thread Starter)
I have the cable in my right box. I was under the impression that it didnt have charging capabilities. Thatd be perfect if I can get a little charge out of it. I thought it was just a connection to the speakers only.

I made a video for you:
You Tube

Join Date: Jan 2014
Location: West Des Moines, IA
Posts: 5,216
Mentioned: 165 Post(s)
Tagged: 3 Thread(s)
Quoted: 834 Post(s)
Garage
Per the video Chris posted just above CHECK that the 12v socket is installed or not. In his video it is easy to see where it is located (not where you would think to look possibly). With the plug in the location you show in the photo you posted it looks like there is something plugged into that. But hard to tell in the photo. Normally if the socket option is NOT installed that plug and the cable leading into it will be folded and taped with black tape laying along the cross tube next to the red diagnostic plug. In my photo here you can see the 12v socket option plug before I used it for my own socket install. You can also see an additional 12v socket that has a 15 amp fuse that I installed under the seat for emergency use only. DO NOT CHANGE OUT THE FUSE FOR THE FACTORY 12V SOCKET SINCE THAT CAN POSSIBLY OVERLOAD THE CIRCUITS FOR OTHER THINGS ALSO USING THAT SAME FUSE. 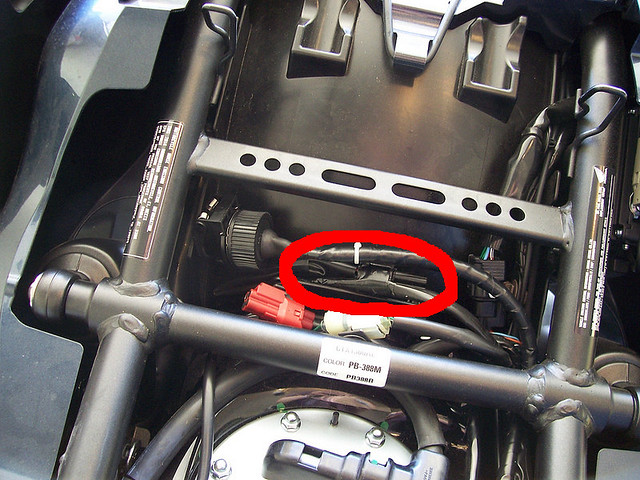 Also, if you DON'T have the socket already installed you can consider doing as I did and install one in the right saddle bag where it is much easier to access. I wrote a thread on doing this in the Electrical forum.
https://www.ctx1300forum.com/forum/e...saddlebag.html

Join Date: Jul 2019
Location: Missouri
Posts: 122
Mentioned: 7 Post(s)
Tagged: 0 Thread(s)
Quoted: 30 Post(s)
(Thread Starter)
Bob and Chris, Ill take another look at the plug under the seat. Im still out in Idaho (on the bike). I dont think anything is currently plugged into that pigtail. Im definitely going to add the cigarette plug. Is it a Honda accessory? I was thinking it must be to come with a mount to the frame like that. I think I may run it into the right box also.
Ill have to look at my little compressor. I hope I can run it off of a 12 amp fuse. I have a pigtail coming off the battery also. The previous owner had one added for a battery tender. I dont know what fuse is in it. I plugged in my heated jacket the other morning and it ran fine at full heat. (It was 46 yesterday morning leaving Elk City ID)
Thanks for the info, and video!

Join Date: Jul 2014
Location: Anderson SC
Posts: 802
Mentioned: 42 Post(s)
Tagged: 0 Thread(s)
Quoted: 157 Post(s)
Garage
Quote:
Originally Posted by MoPops View Post
Is it a Honda accessory? I was thinking it must be to come with a mount to the frame like that.
The one I have installed in my bike is the OEM Honda accessory. I am sure there are other options you can use.
MoPops likes this.